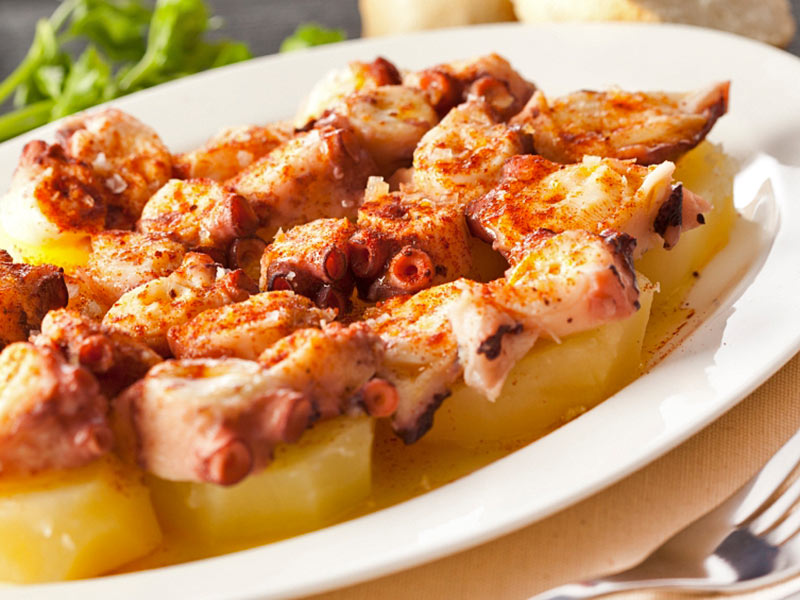 Galicia-style or “a feira” octopus, is a traditional recipe from Galician gastronomy that has reached all the corners of the national territory, served with Galician potatoes or “cachelos”.