Seasonal products of the sea, to eat this summer. 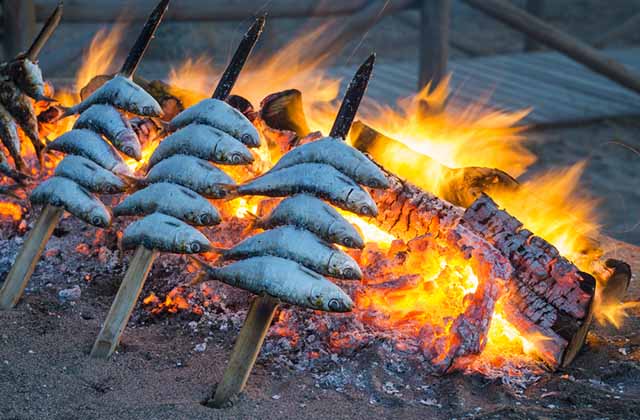 Although we are used to supply all kinds of seafood throughout the year, it is certain that the fruits of the sea also have stations (in this case related to the reproductive cycles of species or water temperature). It’s a great time to eat anything from the sea that have mustaches or antennae: shrimps, prawns, lobster, crayfish, shrimp and crab are at their optimum consumption.

The shrimp can be eaten raw in tartar or carpaccio, salad with exotic fruits, accompanied by a plate of pasta with pesto or with arugula and lots more dishes. With prawns you can do pretty much the same, although they are usually a little less tasty, but you can prepare recipes like grilled accompanied by butter tuneadas with herbs and spices.

Another product that is at its best is the sardine, a tasty blue fish whose price is still not prohibitive and that can be prepared in a thousand ways. The queens of coastal summers. Their season is from June to November, but the saying recommends eating Virgin Virgin, ie July 15 to August 15. They roasted grilled are a delicacy. Some people enjoy eating them with your fingers, others believe that we must draw the whole skin with its scales and eating clean fillets of thorns, his dark grasilla, helped the fork and shovel. Canned sardines, deserve special mention and is curiously that “mature in the can”; better like wine in the cellar.

The beautiful is another fish that goes right now for your best time of the year. With it you can do more or less the same as with tuna, and its far more sustainable fisheries. With it you can prepare the classic marmitako, or use it for more Asian cuisine.

In Spain, Almadraba tuna is a widely consumed variety. His best season is from June to October and captured when, from the depths of the Atlantic, crossing the Straits in two directions: to the Mediterranean to spawn and back to the ocean, in late June, much thinner and with meat paler.