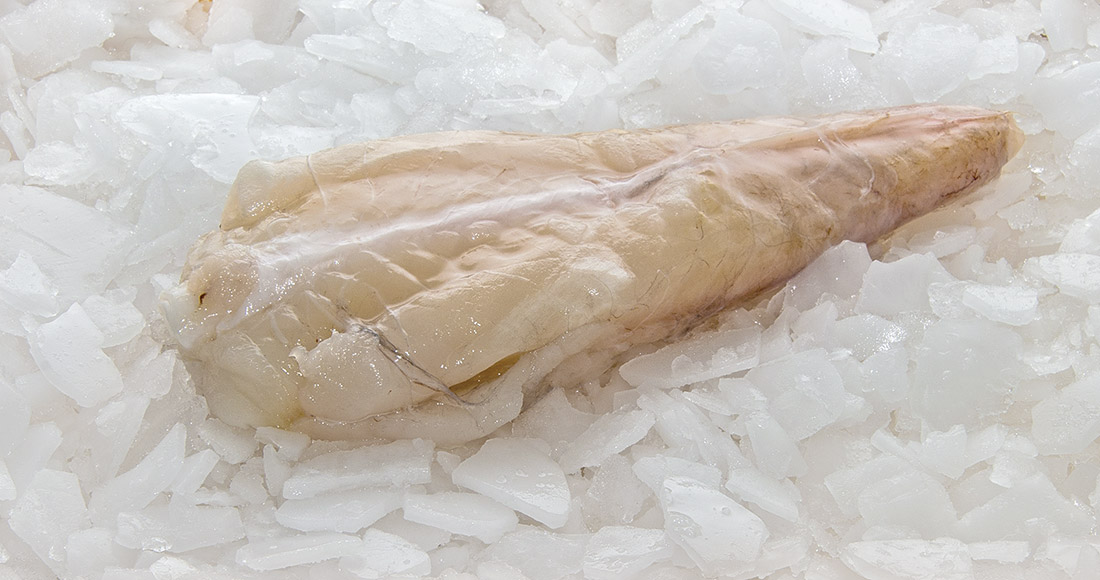 White angler or common angler can be found throughout the European coast and also on the coasts of North America. It lives at the bottom of the ocean and it drags itself along using its pectoral fin is in order to find food.

The most commonly known angler species are the common angler and red angler, as well as a type of angler known as an American angler.
Its head and the top half of the body are broad and flat, whilst it progressively gets narrower to the rear. It has a very wide mouth that takes up the majority of its head and gives it a singular aspect. Its back varies in colour from dark red to grey. Its ventral area is whitish.

The angler feeds from crustaceans and small and medium-sized fish. It is a white fish that contains proteins with high biological value and its fat content is 2 grams for every 100 grams of edible portion. Thus, if a mild dish is prepared with it, without too much fat or high -calorie sources, this fish is ideal in weight-control diets or in the case of digestive disorders.